The Shadow of the Wind by Carlos Ruiz Zafon

Summary: “Barcelona, 1945: A city slowly heals from its war wounds, and Daniel, an antiquarian book dealer’s son who mourns the loss of his mother, finds solace in a mysterious book entitled The Shadow of the Wind, by one Julian Carax. But when he sets out to find the author’s other works, he makes a shocking discovery: someone has been systematically destroying every copy of every book Carax has written. In fact, Daniel may have the last of Carax’s books in existence. Soon Daniel’s seemingly innocent quest opens a door into one of Barcelona’s darkest secrets–an epic story of murder, madness, and doomed love.”

Thoughts: I choose this book as the first sister city because Barcelona has a lot of sister cities: Boston, Havana, Dublin, Athens and San Francisco just to name a few. So, I’m an idiot and my loan expired before I could revisit the bookmarks I made in the audiobook so I lost some of my favorite quotes, but I have a physical copy I got from a Little Free Library to re-read in a few years. Regardless, this was pretty good. I was really hoping for a five star as the premise gripped me and nothing beats a book about books, but this was a little too slow for me. I wish the stakes were higher, it often felt like Daniel and company were just walking from one place to another and then listening to a story. On a more positive note, the story is nice to get wrapped up in.

The Hummingbirds’ Gift by Sy Montgomery

Thoughts: This is where I nerd out because hummingbirds are the absolute coolest. In my undergraduate degree, I helped a PhD student with his dissertation on hummingbird mating: how males use their colorful throats and sky dances to attract mates. Rick is even credited in a recent David Attenborough documentary called Life in Color! Anyway. here are some more dope facts about hummingbirds:

To conclude, Montgomery has a very beautiful way of writing while also delivering amazing facts. I love their writing and can’t wait to read more like this.

A World Without Police by Geo Maher 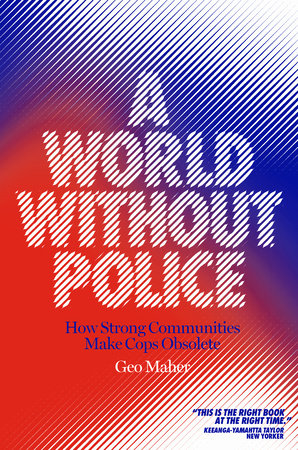 Summary: Since the murder of George Floyd, there has been an increasing call to defund or abolish the police. Liberals think abolition is too much to ask for and unsure about what a world without police would look like. This book “offers concrete strategies for confronting and breaking police power, as a first step toward building community alternatives that make the police obsolete… Maher details the institutions we can count on to deliver security without the disorganizing interventions of cops: neighborhood response networks, community-based restorative justice practices, democratically organized self-defense projects, and well-resourced social services.”

Thoughts: Although this was dense and heavy, it was a great read. It went through point by point about how a world without police would look and alternatives to calling them, such as who would respond in a domestic violence situation? (To answer: about 40% of police officers have participated in domestic violence at home, so why would they help the victim when they align themselves more with the perpetrator?). A lot of times I felt the flow of the book was “off” with too many quotes to break up the author’s writing style and tense, but at least they did their research.

I loved how not only did they talk about street cops but also border patrol, which being from a city an hour from the Mexican border hit home for me. Since the Clinton administration tightened the Californian border, immigrants have been funneled east to cross the vast and dangerous Arizona desert perishing on their way to try to find a better life. Border patrol agents destroy humanitarian supplies left in the desert and arrest those who try to help. You can’t reform this, it’s truly evil.

A few other points from the book that stood out to me:

PopSugar prompt: A book by an author you read in 2021

Summary: After a failed attempt to rob a bank, a bank robber barges in on an apartment viewing with a small crowd of people and takes them hostage: a wealthy bank owner, a couple looking for a family home, another couple looking for a renovation project and an elderly woman looking for a place for her daughter. While a father-son police team makes negotiations, the hostages learn more about each other and the bank robber, who eventually disappears. And the police suspect one (or more) of the hostages helped the robber escape.

Warning: This book contains themes of suicide and mention of drug addiction.

Thoughts: I read Beartown last year and was disappointed, I was fully ready to love that book. It still earned a four star, but only just. I also came into this one with high expectations and was let down again but this time there was no ice hockey subplot to save it. The narrator for the audiobook was fantastic (Marin Ireland) and it did have parts that made me chuckle, it’s just silly at times in a fun way. However, I had a problem with the “fake deep” parts, best exemplified by the quote, “Don’t all intelligent people think of suicide?” and was trying too hard to send messages about capitalism, internet culture and more. It’s hard to convey those messages effectively when the book doesn’t take itself too seriously. The “twist” didn’t do much for me either, once again I’m left wanting more from this author.